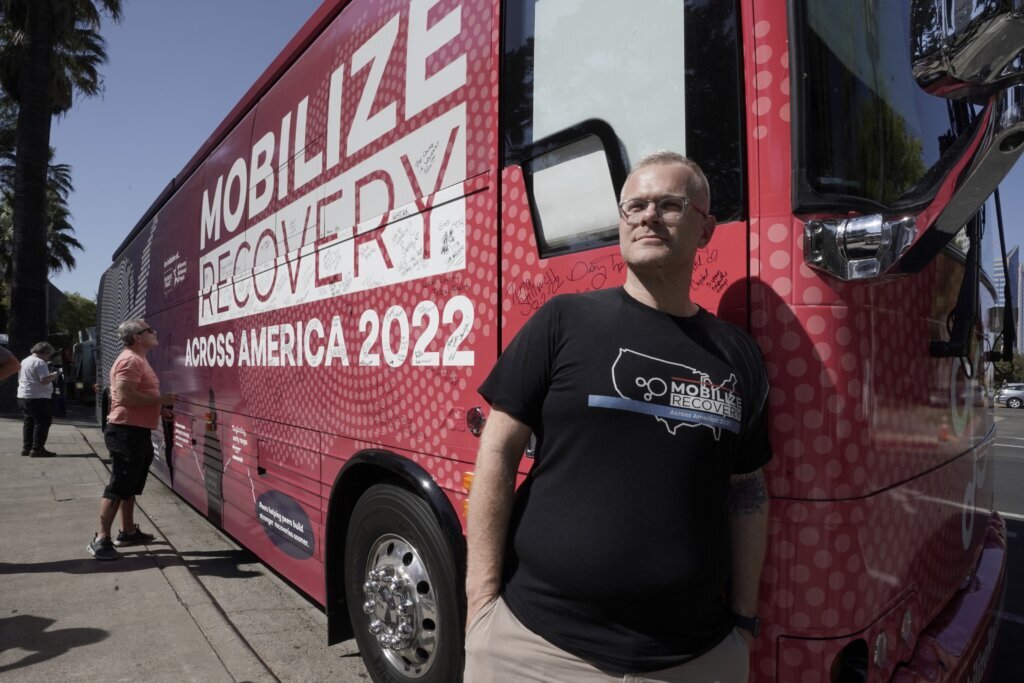 COLUMBUS, Ohio (AP) — The tattoos on Billie Stafford’s hands — inspired by street art and full of references to…

COLUMBUS, Ohio (AP) — The tattoos on Billie Stafford’s hands — inspired by street art and full of references to her work helping prevent drug-related deaths — have become an indelible memorial to the friend who inked them and the opioid crisis that killed him in April.

As a panel starts considering how to distribute Ohio’s share of multimillion-dollar legal settlements with drugmakers and distributors over the toll of opioids, Stafford is concerned that most of the members don’t bring that same burden of personal loss to their spending recommendations.

“They don’t have to come and write 20 names on a (memorial) wall because everyone’s dying,” said Stafford, whose friend David Seymour died of an overdose and who co-founded a group that supports people addicted to opioids and their loved ones.

Across the U.S., people in recovery and families of those who died from overdoses fear they won’t be heard on the state-level panels recommending or deciding on the use of big pieces of proposed and finalized settlements, which are worth more than $40 billion, according to an Associated Press tally.

The money is seen as crucial to stemming a crisis that deepened amid the coronavirus pandemic, with opioids involved in most of the record 107,000 overdose-related deaths in the U.S. last year.

“If we approach this in a very educated process, we have a real opportunity to move the needle for patients and families for generations to come,” said Dr. Adam Scioli, the medical director at Caron Treatment Centers, which operates in several East Coast areas.

After money from 1990s tobacco settlements went to laying fiber-optic cable, repairing roads and other initiatives that had little to do with public health, the opioid deals were crafted to direct most funds toward combatting the drug crisis.

The settlements list strategies the money can fund, including paying for the overdose reversal drug naloxone; educating children about dangers of opioids; expanding screening and interventions for pregnant women; and helping people get into treatment. State and local governments have leeway, though.

For the people on a mission to stem drug deaths, the details matter. Advocates want to see the money used to make it easier to get treatment, to provide related housing, transportation and other services, and to provide materials to test drug supplies for fentanyl, the synthetic opioid involved in most recent fatal overdoses.

Two advocacy groups are on a monthlong “Mobilize Recovery” national bus tour, partly to push for representation of the recovery community — people in recovery, their families, families of those who died, and those who try to help all of them — in allocation decisions.

In Ohio, critics say voices of those most impacted aren’t reflected enough on the OneOhio Recovery Foundation board making spending decisions. Only a few of the 29 members have disclosed personal experiences — one identifying as a person in recovery for decades, one as the parent of someone with an addiction, and two who said they knew people with addictions. Most members are government officials. Just one is Black.

“Right now, we have no say-so and no representation as to how this money is going to be used to help us,” said Nathaniel Jordan, executive director of Columbus Kappa Foundation, which works with low-income and Black communities, where opioid overdoses have been increasing.

An advocacy group sued the nonprofit OneOhio foundation in August over concerns about its transparency. OneOhio subsequently said it would voluntarily follow open meetings and public records laws that govern public agencies, though the lawsuit remains pending.

“The Board members are eager to engage the advocacy community and Ohioans whose lives have been impacted by addiction because they know their feedback will improve the Foundation’s work,” OneOhio spokesperson Connie Luck said by email.

The issue is not only who has seats on key committees, but also whether those closest to the crisis have clout.

Nevada included recovery community members such as Debi Nadler on the council advising the state on the more than $300 million it is expected to get.

“My true thought is it’s a dog-and-pony show,” said Nadler, who founded the group Moms Against Drugs after her son died of an overdose.

Terry Kerns, the substance abuse and law enforcement coordinator for the Nevada attorney general’s office, said the group is influenced by people in recovery and those who work with people using drugs — and that some people appointed to seats not set aside for those who have used opioids are also in recovery.

Advocates say the shifting nature of the opioid crisis with the rise of fentanyl makes it important to listen to people who are using drugs now.

In Wisconsin, Republican lawmakers thought Democratic Gov. Tony Evers’ administration didn’t do enough outreach to law enforcement as it made plans for spending $31 million in settlement money for next year. So the GOP-led Joint Committee on Finance this month eliminated proposed funds for family support centers and trimmed other areas to set aside $3 million for public safety agencies to use, including for treatment of jail inmates.

Jesse Heffernan, who is in recovery and co-owns an addiction recovery services business, is wary of the changes, which he said were made without the open input and research that went into the original plan.

“When it turns into a partisan issue, communities lose,” he said.

Advocates’ push for clout has changed the situation in some states.

New York officials announced in July that the Opioid Fund Advisory Board would make recommendations on all settlement money after originally indicating the group would not have a say on most of the $240 million-plus expected this year.

Board member Avi Israel, whose son died by suicide after years of addiction, says the group is still meeting too infrequently and not digging into the big decisions. He worries most most money will end up going to state agencies.

“We’re talking about a year before anybody gets any money,” Israel said, noting thousands more could die before programs are launched or expanded.

The chair of the New York board, Albany County mental health commissioner Stephen Giordano, said he expects to have recommendations ready for the Legislature and governor by the Nov. 1 deadline — and that having a report done earlier wouldn’t mean money would go out to service providers sooner.

“I’ve also come to see,” Giordano said, “that not everyone is going to like anything we do.”

For more AP coverage of the opioid crisis: https://apnews.com/hub/opioids

How Souths can beat the PanthersHow Lamar Odom Is Teaching His Kids to Learn From His MistakesFaith group to march on Washington to raise awareness for religious persecutionIn Milan, Gucci, Sunnei and Missoni focus on transformationVirginia Elena Carta at KPMG Women’s Irish